Pick up a package of buttery crescent dough and create some delicious pumpkin cinnamon rolls in no time! 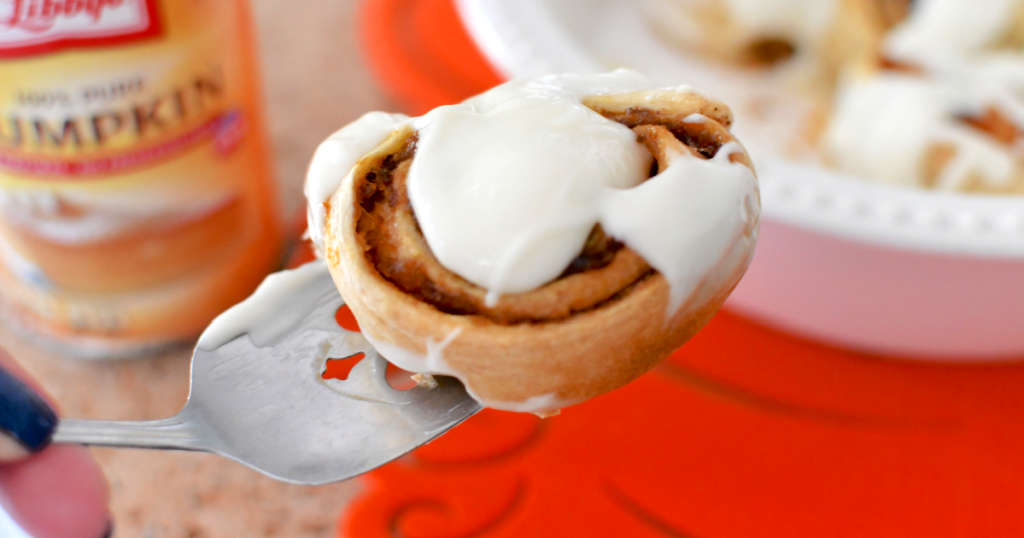 Baking pumpkin cinnamon rolls are a cinch with this easy dough shortcut!

If you love homemade cinnamon rolls for breakfast but need a faster, low effort version, listen up! The next time you’re at the store, pick up a crescent roll dough sheet and create some delicious pumpkin cinnamon rolls with only about 10 minutes of prep time. 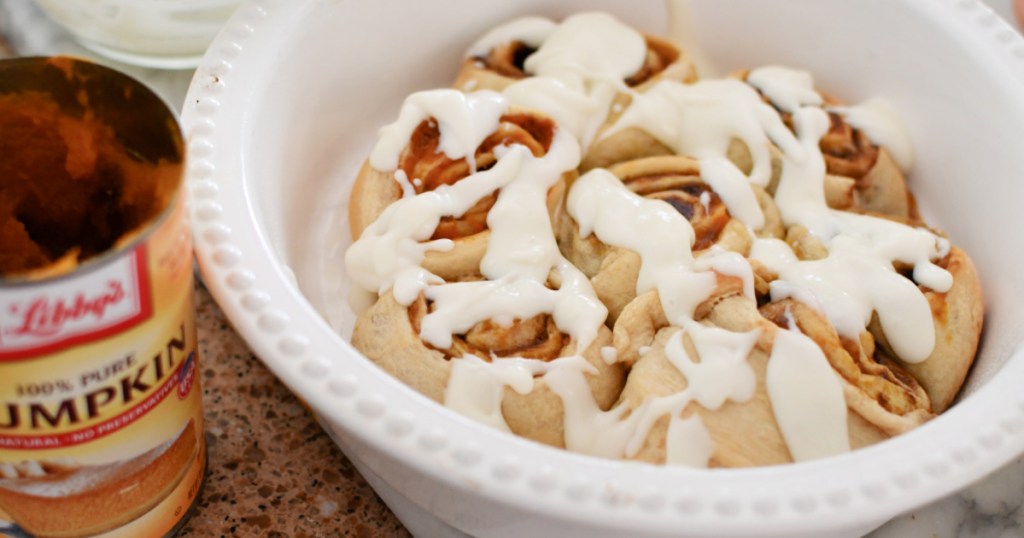 The result is a warm, caramelized cinnamon roll with delicious sweet pumpkin spice filling that is perfect for fall. The crescent roll is flaky and buttery, and the cream cheese drizzle is a delicious addition. Your family will be so impressed, but shhhh… don’t let them know how easy this was! 😄 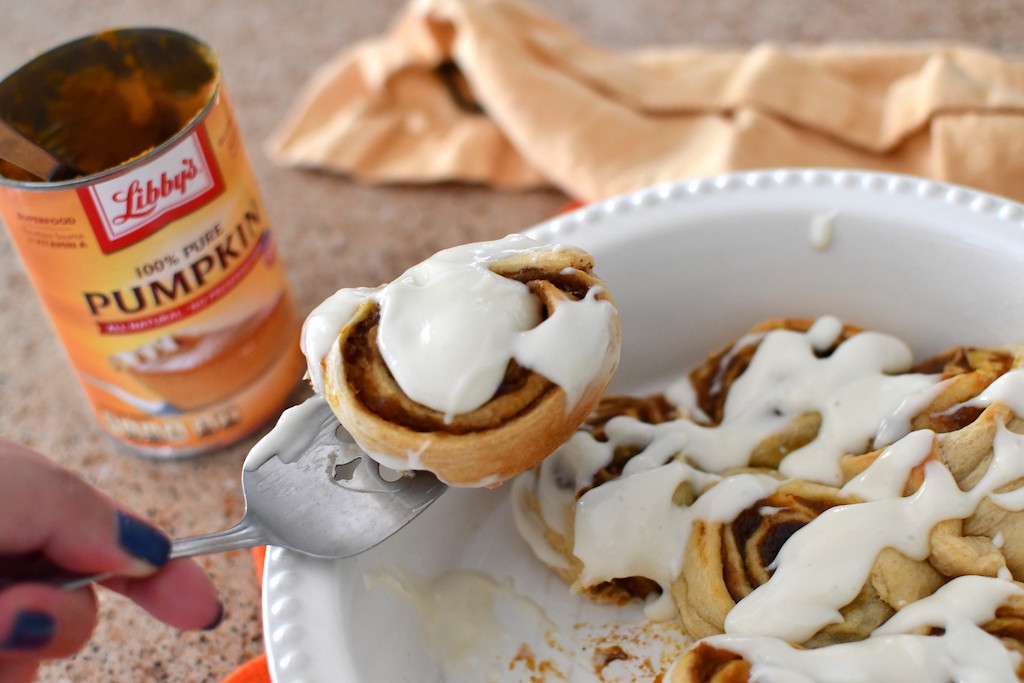 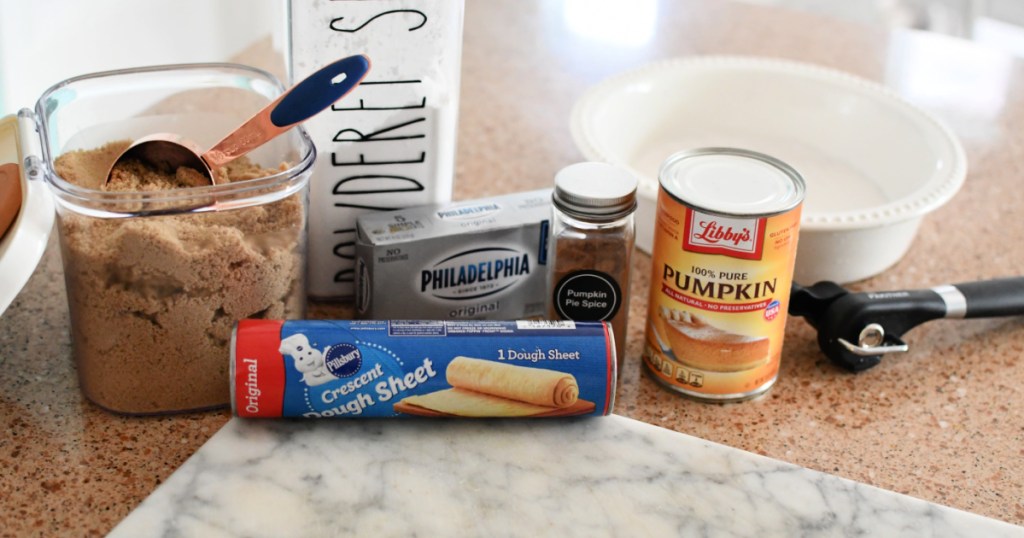 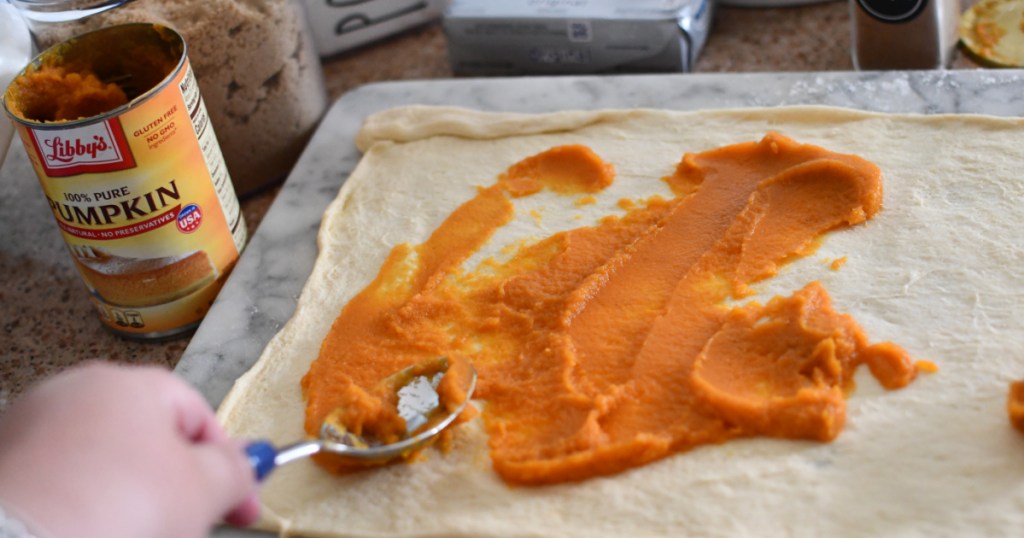 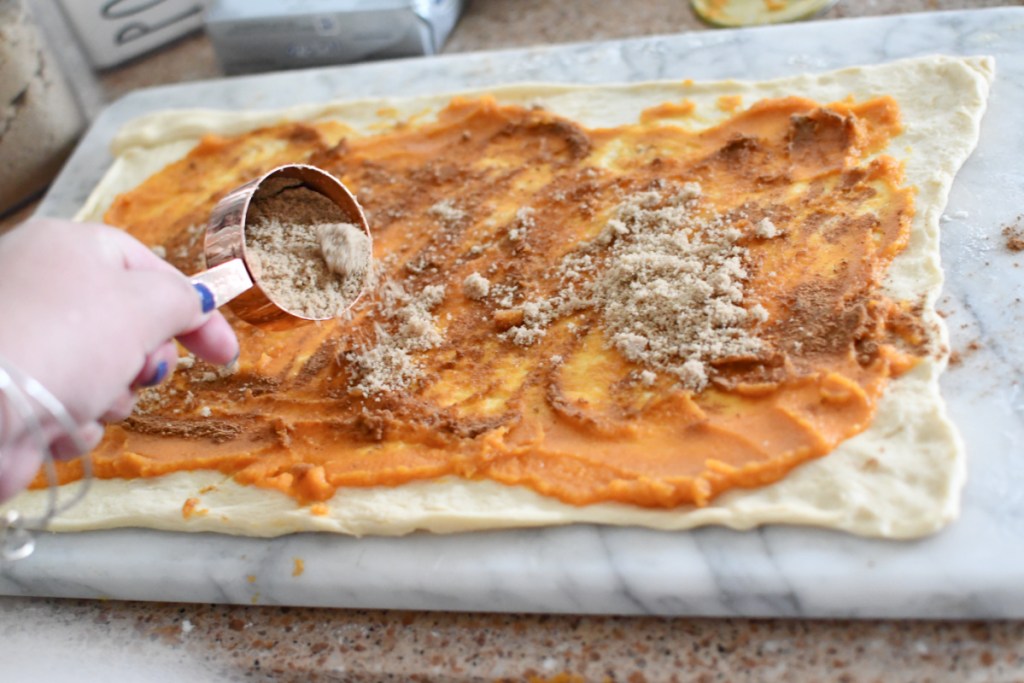 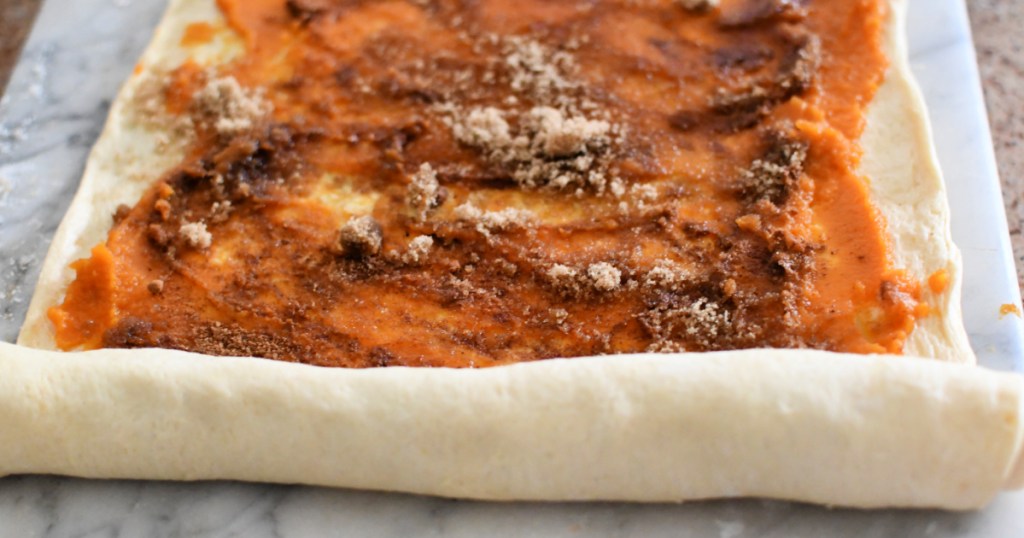 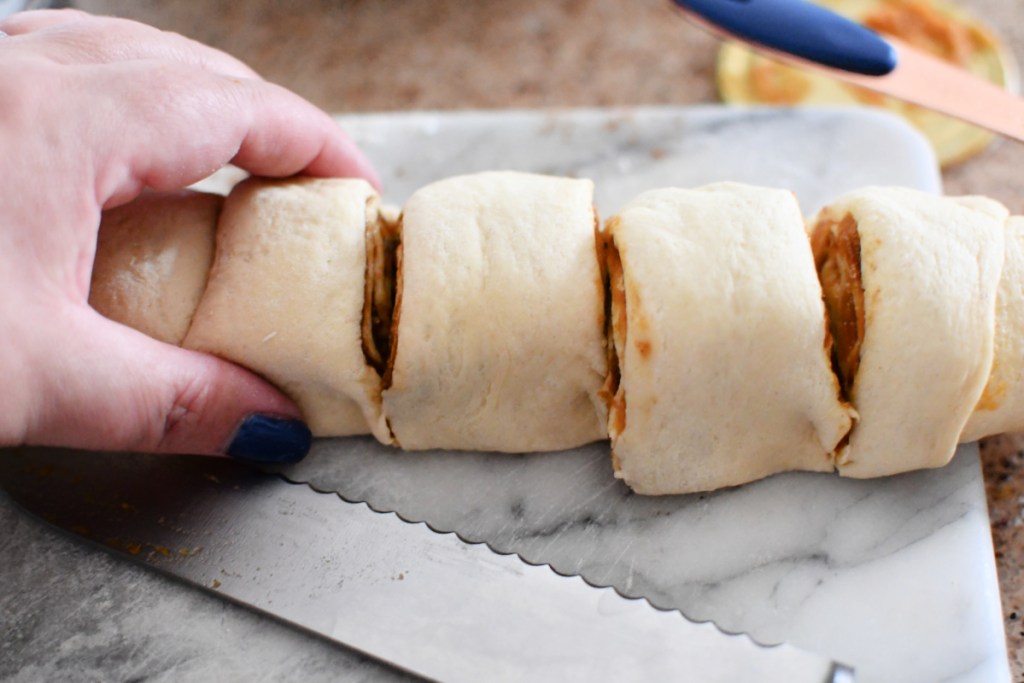 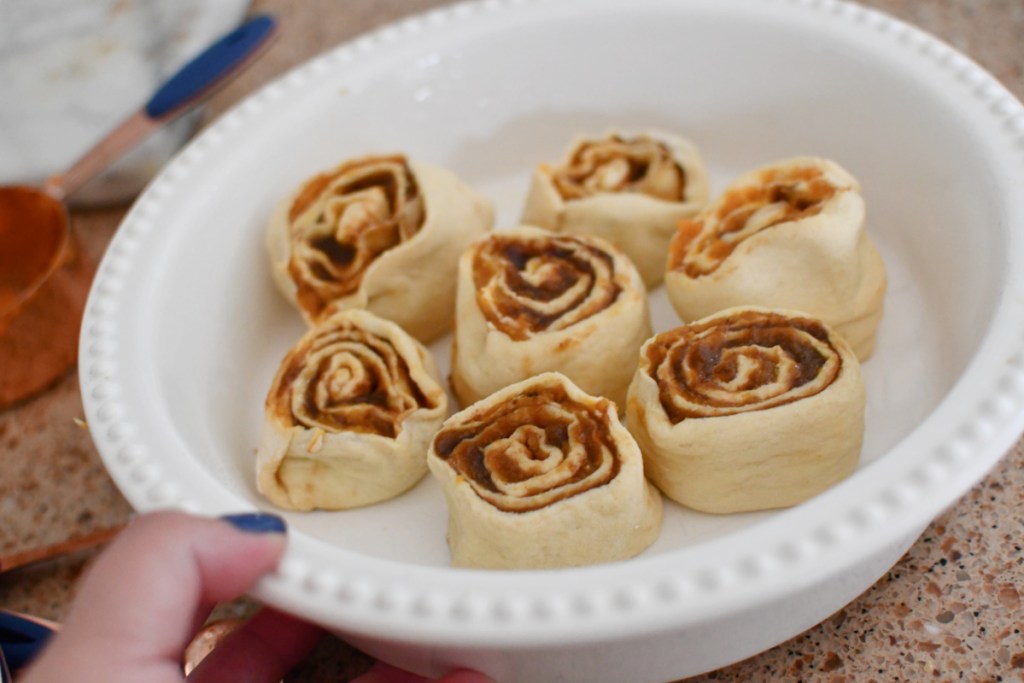 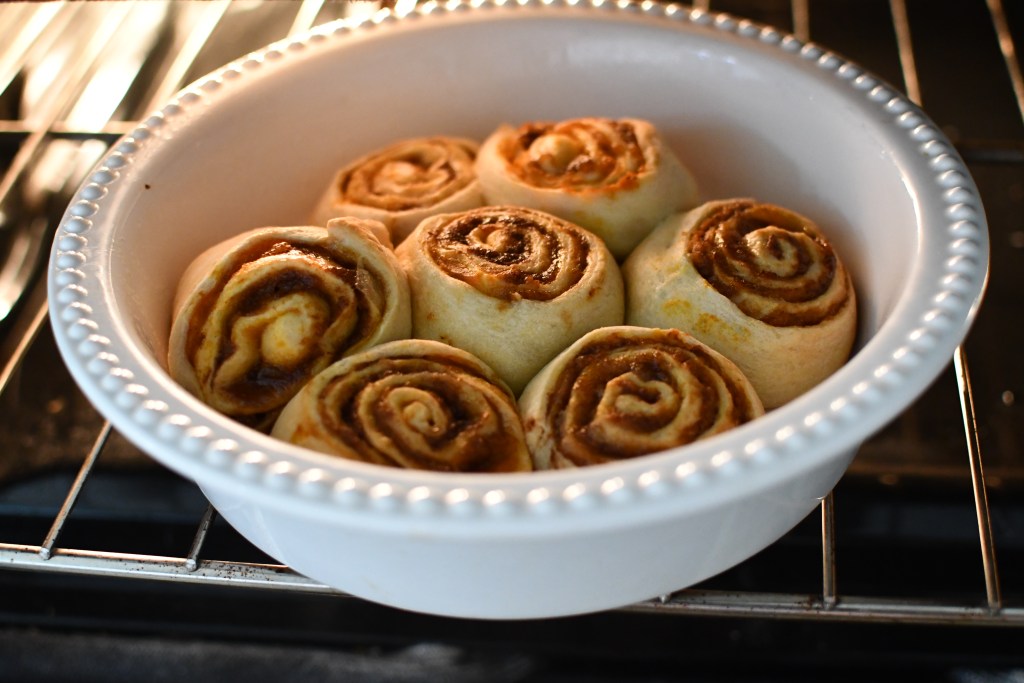 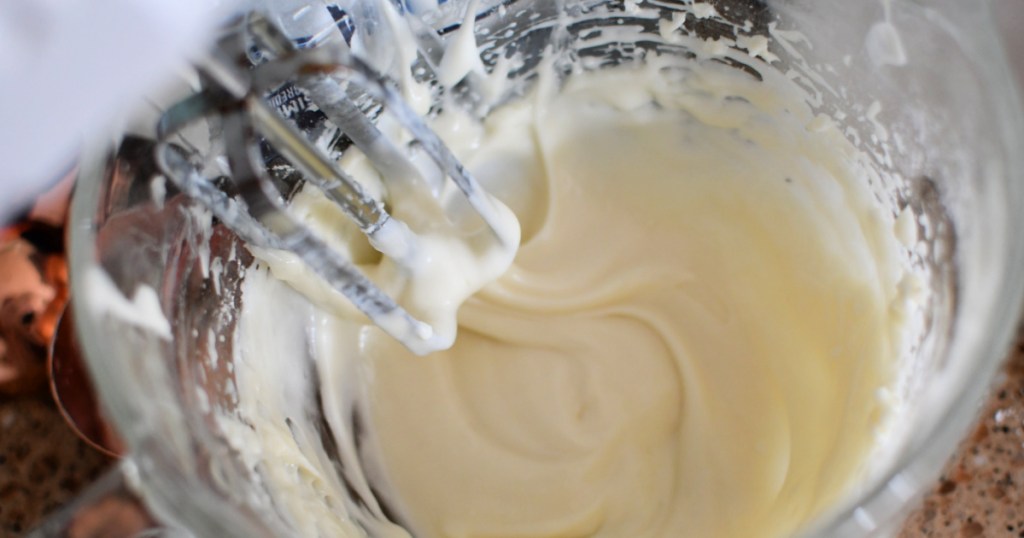 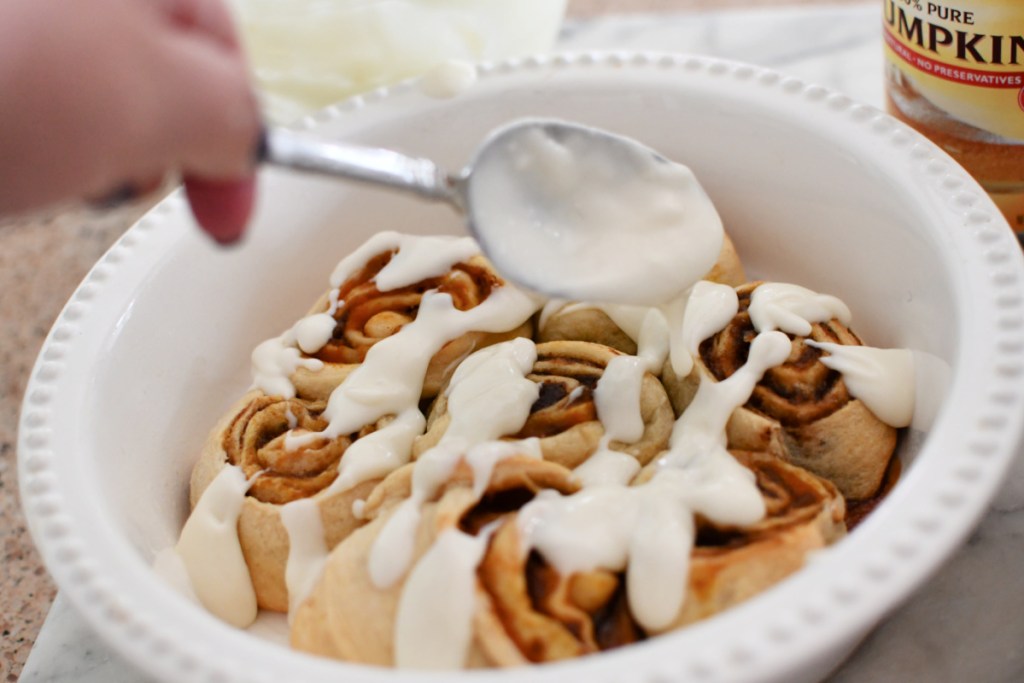 For the cinnamon rolls:

For the cream cheese icing:

Preheat the oven to 350 degrees. Grease a pie pan or 8-inch square pan.

Unroll the sheet of dough onto a floured surface. Arrange it so it’s an even rectangle, or as close as possible.

Start from one side and roll the dough tightly until you get a log or tube shape.

Cut about 7 slices using a knife. Place the rolls in the prepared pan.

Bake for around 23-25 minutes until the cinnamon rolls are puffy and slightly browned.

Meanwhile, use a hand mixer and bowl to whip together the ingredients for the cream cheese icing into a smooth consistency. Start with 1 tablespoon of milk and add more as needed to thin out the icing. Drizzle it over the top of the baked rolls and enjoy!

Brought to you by Hip2Save. 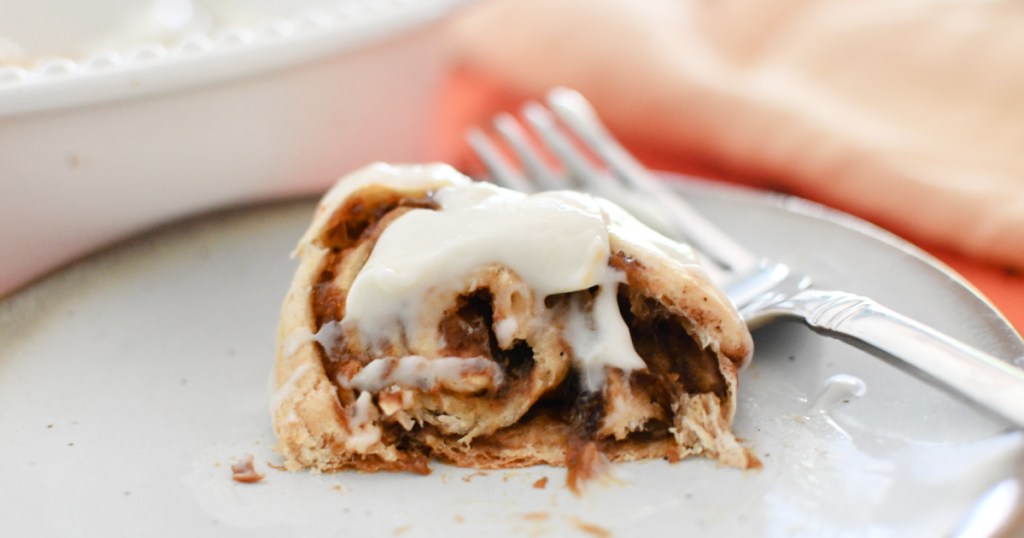 What a fun and simple pumpkin baking idea!

I love this kitchen shortcut of using the crescent dough! The pumpkin cinnamon rolls turned out beautifully and will be a big hit among pumpkin spice fans.

Enjoy a cinnamon roll (or two 😉) with a warm cup of coffee and you’ll be in heaven! 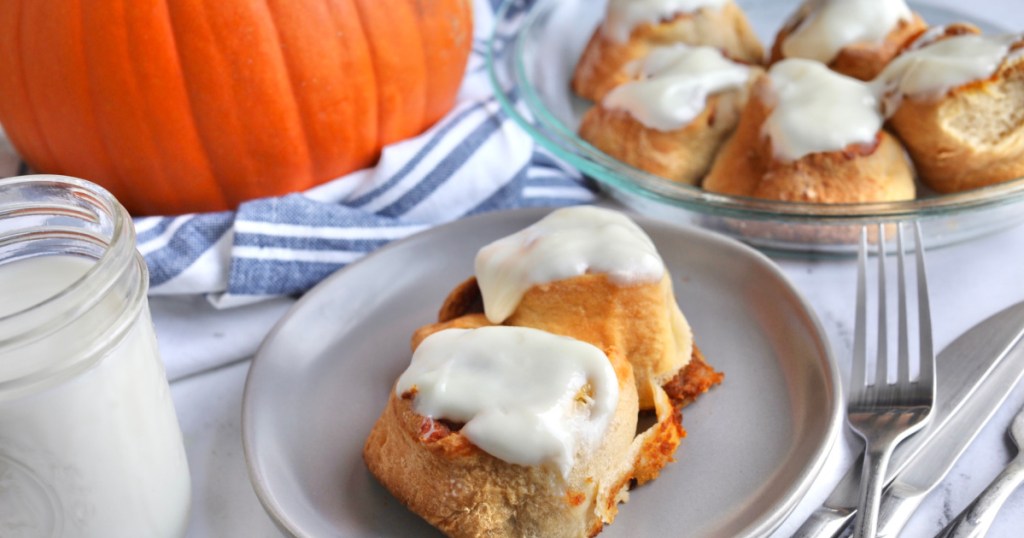 Here’s what my teammate Jenna thought of these pumpkin cinnamon rolls:

“This is officially the best way to eat cinnamon rolls…stuffed with pumpkin! I have been fully indulging in all things pumpkin, and this is at the top of the list! And the best part? This recipe SUPER easy to throw together! I usually make a from-scratch pumpkin pie on the nights we carve pumpkins, but tonight I threw this together quickly and it was a hit.

“I also loved the frosting so much. The kids were eating it by the spoonfuls! Just like the rolls, it was so quick to throw together and made these pumpkin cinnamon rolls that much more amazing! Two thumbs way up!”


Lina has a Bachelor’s Degree from Northern Arizona University with 10 years of blogging and photography experience having work featured in Today.com, Martha Stewart, Country Living, Fox News, Buzzfeed, and HGTV.