Indiana’s Medicaid expansion — with its “personal responsibility” provisions that require enrollees to pay monthly premiums and manage health savings accounts — proved no better at improving health and access to care than other state expansions, a federally commissioned study found.

Even when compared with states that did not expand Medicaid, Indiana showed only mixed results in improving the health of low-income residents, the report said.

Indiana’s expansion program — known as the Healthy Indiana Plan — has been closely watched not just because of its complexity, but also because its chief architects were former Vice President Mike Pence, who launched the effort as governor in 2015, and his top health consultant, Seema Verma, who directed the Centers for Medicare & Medicaid Services under President Donald Trump.

In late October — a month before the evaluation report was officially completed — the Trump administration extended Indiana’s Medicaid expansion waiver by 10 years. Typically, waivers that test new concepts in Medicaid must be renewed every three years.

One important limitation of the study was that it did not evaluate any health or Medicaid administrative data directly related to Healthy Indiana enrollees, but rather reviewed information for all childless poor adults under 65 in the state. The researchers then compared the health status and health access results of Indiana’s low-income adults with similar groups in states that had expanded Medicaid and states that had not.

CMS had a draft of the report, conducted by two private research organizations, for nearly a year before releasing it, said a source who did not want to be named because they were not authorized to speak on the issue.

Indiana’s expansion under the Affordable Care Act covers 570,000 low-income adults. In the 38 states that have expanded, Medicaid is available to everyone with incomes under 138% of the federal poverty level, or $17,774 for an individual.

Pence and supporters viewed the “skin in the game” approach as a better way to expand coverage and win over reluctant Republicans who were ideologically opposed to expansion. Pence pitched it as a model for other conservative states.

“Hundreds of thousands of Hoosiers have enrolled in this one-of-a-kind program and are taking ownership of their health care, which is a testament to the program’s continued success,” Pence said as governor in March 2016.

Indiana Medicaid officials delayed approving the release of data to the federally funded researchers, which left them without enough time to survey the program’s enrollees, the report said.

That limited the federal evaluation to using Census surveys to measure changes in the health of Indiana’s poor adults, not just those on the Healthy Indiana Plan. Without beneficiary surveys, the federally funded researchers lacked detailed insights about whether the program was working for patients.

The researchers did conduct focus groups with about 50 Healthy Indiana enrollees and met with key stakeholders such as health providers, Medicaid health plan representatives and state health officials.

“There is little evidence of systematic changes in health care access and affordability, health behaviors, or health status in Indiana in 2017-18 relative to the comparison states that did not expand Medicaid, those that expanded Medicaid without a demonstration, or those that expanded Medicaid with a different demonstration,” concluded the report by researchers from Social & Scientific Systems in Silver Spring, Maryland, and the nonpartisan Urban Institute.

The study noted it could take several years after expanding health coverage to show an impact on the overall health of a population.

“People have a ticket to the circus, but the circus is not necessarily coming to town,” she said about access to care issues.

Indiana Medicaid officials refused to comment on the federal evaluation report. The state commissioned its own review of the expansion by the Lewin Group, a subsidiary of UnitedHealth Group. That study won’t be completed until 2022. An interim Lewis report issued in 2019 said it did not have data to determine whether the strategy improved enrollees’ access to care.

In 2015, Pence and Verma tried to stop the federal evaluation, noting that the state was hiring an independent evaluator. They also opposed the federal government’s selection of the Urban Institute because of critical comments on parts of Indiana’s strategy.

The Indiana Medicaid expansion helped reduce the number of uninsured in Indiana from about 15% in 2010 to 9% in 2019, Census data shows.

In a statement to KHN, Verma said the program Indiana chose showed improvements for low-income adults. “The report makes clear what the people of Indiana have known all along … the Healthy Indiana Plan is a bipartisan program that is widely popular, successful and has improved the lives of thousands of Hoosiers,” she said. She did not respond specifically to the report.

Pence did not respond to a request for comment.

Compared with states that did not expand Medicaid, Indiana saw a significant improvement in the health of low-income adults who had an annual checkup and had their own doctor, according to the report. But there was no significant difference in rates of getting an annual flu shot or the number of people who said they had no unmet medical need due to cost.

Compared with other states that expanded Medicaid, Indiana showed no significant differences in any health access or health status measures examined, the report found.

The Healthy Indiana Plan remains one of the most complicated Medicaid expansion plans. Enrollees must pay a monthly fee on a sliding scale into what’s called a Power account, similar to a health savings account, although collection of those fees has been waived during the covid public health emergency. This qualifies them for a plan called HIP Plus, which includes dental and vision care and has no copays unless people unnecessarily seek care at an emergency room. The monthly contributions vary by income, though about half of enrollees pay only $1 a month.

HIP then uses the money in the Power account to pay for covered services. If people with incomes between 100% and 138% of the poverty level fail to pay the monthly contribution, they lose their health insurance and are locked out of reapplying for coverage for six months.

People below the poverty line who fail to pay fall back to HIP Basic, which excludes dental and vision and requires hefty copays that can be up to $8 per doctor visit and $75 per hospital stay.

Enrollees who seek certain preventive care services such as checkups can get a reduction in future monthly premiums.

Pence and other supporters of the strategy said enrollees would appreciate their coverage more by paying something for it instead of getting it free. But Thomas said many enrollees are still confused about how the Power accounts work, and she questioned the point of requiring a premium if the amount is only $1 a month for many enrollees.

Judith Solomon, a senior fellow with the left-leaning Center on Budget and Policy Priorities, said CMS should not have extended Indiana’s expansion waiver by a decade given the many questions that remain about how well it’s working.

She noted that in the waning days of the Trump administration CMS also gave Texas and Florida — two states that did not expand Medicaid — 10-year waiver extensions on Medicaid programs that would ensure they continued to get billions in federal funds. 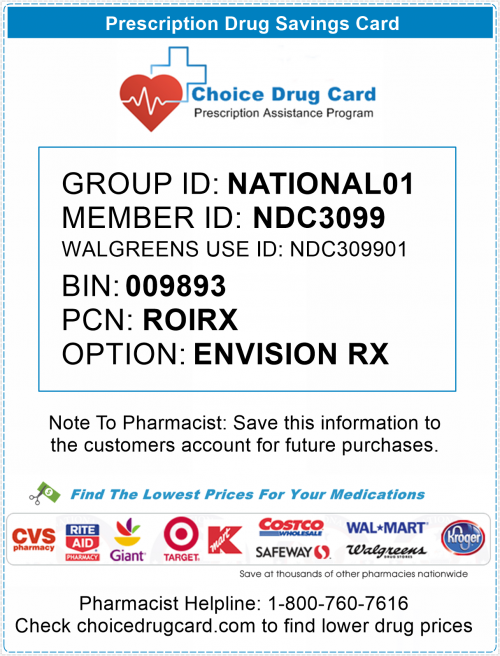